This blog highlights all of your sports needs! Please share what you read and give us feedback on how we are doing. 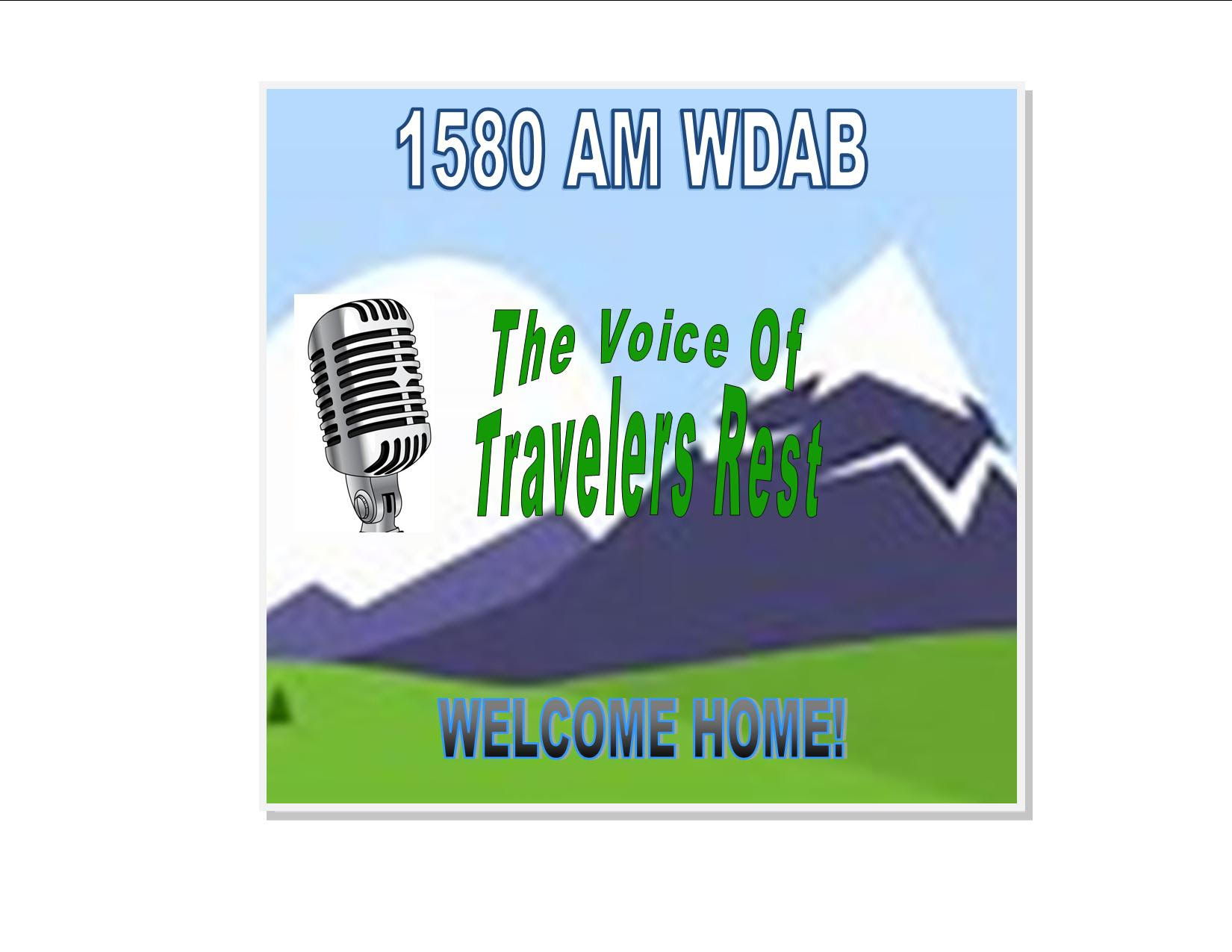 Paladins Cap Off 17-3 Over Bulldogs

Fans experienced no shortness of excitement in Paladins Stadium with a combined 1013 yards of offense and 78 points in a game that came down to the final minute.

Coastal Carolina began the 2015 season receiving the ball and wasted no time getting into the end zone. Alex Ross completed his first of two touchdowns to Bruce Mapp with 11:21 remaining to take a 7-0 lead.

However, Furman fought back, immediately going 77 yards in 12 plays over five minutes, capped off by a one yard touchdown by FB Ernie Cain.

“We’re trying to get back to smash mouth football” said the senior and they did just that.

Ernie Cain and sophomore tailback Antonio Wilcox combined for over 100 yards on the ground behind a veteran offensive line that showed a push Paladin fans have missed for years.

The following kickoff proved costly for the Paladins as Devin Brown took Holingsworth’s kick 100 yards to give Coastal their second score in six minutes of gameplay. Following a two point conversion the Chanticleers took a 15-7 lead in the first quarter.

After forcing a punt, Coastal mounted a 12 play 90 yard touchdown drive prolonged by two personal foul calls against the Paladin defense. “We made some careless penalties” said Furman head coach Bruce Fowler, “hopefully we’ll get that cleaned up, so we can continue to move forward.”

Furman tallied nine penalties for 60 yards over the course of the game. A failed two-point try gave Coastal a 21-7 lead with 12:31 to go in the first half.

With under three minutes to go in the half, the Paladins scored in back to back drives to tie the game at 21. On these drives Junior QB Reese Hannon showed flashes of greatness as he completed two huge passes to Logan McCarter (one for 11 yard and another for 57) to prolong Paladin drives.

“I was very proud of that” said Ernie Cain in reference to the fight shown by Furman in situations where a lot of team would have given up. Cain rushed for three touchdowns in the first half and accounted for 61 yards on Saturday night.

Coastal scored once in a sluggish third quarter, off an Abercrombie run, to take a 28-21 lead heading into the last 15 minutes.

The Paladins were given a major opportunity to start the 4th when Coastal failed on a fake field goal. Furman proceeded to score on a 33 yard pass from Reese Hannon to Andrej Suttles. Hannon passed for 365 yards, setting a Paladin single game record, and throwing for two touchdowns.

“When guys around you play like they did tonight it’s hard not to have some success” said Hannon.

Furman failed to get the PAT due to a bad snap so the score was 28-27 CCU with 12:09 remaining in the contest.

The Chanticleers struck back on their next drive on a 24 yard touchdown pass from Ross to Mapp and took a 35-27 lead. On Furman’s next drive Hannon was intercepted, his second, on a forced throw to Duncan Fletcher at the Paladin 25. The Chants took advantage of this opportunity with a Ryan Granger field goal to extend the CCU lead to 38-27 with 4:30 remaining.

On Furman’s next possession, Hannon mounted an impressive 11 play 81 yard drive, aided by a CCU pass interference, capped off by a 9 yard pass to Jordan Snelling to make it a one score game at 38-33. The Paladins completed a two point conversion as Reese found Snelling on a slant pattern at the goal line to force a 38-35 game with 1:06 to play.

Alex Scearce made the play of the game for Coastal recovering the Hollingsworth onside kick that ultimately sealed the victory for the 5th ranked Chanticleers.

Despite the loss the Paladins found a plethora of positives to build on moving forward. For starters, they played possibly the best offense in FCS football and outpaced the Chanticleers. Furman ran 72 plays for 525 yards while Coastal Carolina ran 70 plays for 488.

However there is still plenty Furman can improve on. On the defensive side of the ball the Paladins just could not seem to force any pressure on Alex Ross. Furman only forced one sack and in turn Coastal Carolina seemingly asserted their will on the Paladin secondary. “Defensively we have to get off blocks quicker” said Coach Fowler, “[and] do better on third down.”

Offensively they will need more production from Sr. WR Jordan Snellings who was extremely quiet in the first half on Saturday night. Ten catches a game from Snellings would allow the Paladins to further gash opposing defenses.

This weekend Furman treks up to Blacksburg, VA to face off against Virginia Tech in Lane Stadium.

You can look forward to more Paladin coverage this week on Dodd Sports Network (www.doddsportsnetwork.webs.com) as well as the Sports Connector (www.sportsconnectoronline.com).

Travelers Rest, SC (August 27, 2105)—Eighty-five degrees, a light breeze, and a shady courtyard covered in a sea of purple and white. This is how a few hundred Paladin fans spent their Saturday night.

This past weekend marked two weeks until the Furman football team is set to host Coastal Carolina and also the annual Furman Paladin Fan Fest.

Surrounding all of the autographs, giveaways, and raffles were a lot of question marks. What sort of team will take the field on September 5th? Can the Paladin team, riddled with injuries this past season, rebound from the disappointment of 3-8? And the question that is most prevalent, can they compete for a SoCon Championship?

Going into last season the answer to the last question seemed to be a definitive yes, but key injuries left the Paladins bruised and demoralized. This year’s season seems to have a buzz of freshness and new life surrounding it.

For starters, the Paladins return 19 starters from a year ago, including Junior Quarterback Reese Hannon. Hannon was named a captain for the third straight year the first time a Furman player has done so in the 110 year history of the program. Hannon fell plague to an ankle injury last season against Gardener Webb preventing him from leading last year’s team on the field.

The Paladins also boast Pre-season All-Americans in TE Duncan Fletcher and LB Cory Magwood. On defense the Paladins also return Carl Rider who missed all of last season with an injury. Needless to say this team has the talent.

It will be no easy road for Furman in 2015. The Paladins open the season at home with preseason number 5 Coastal Carolina. CCU has won three straight Big South Titles and ended last season in the quarterfinals of the FCS Playoffs.

The following two weeks send the Paladins on a two game road stretch to Blacksburg, VA and Orlando, FL where they take on FBS foes in Virginia Tech and Central Florida.

With a schedule that is so top heavy leading into conference play Furman’s goal is simple, in the words of Paladin play-by-play broadcaster Dan Scott, “beat Coastal Carolina.”

Achieving this one goal is absolutely critical to the success or failure of the 2015 season. While it is a non-conference game there is a huge difference between 0-3 and 1-2 in FCS football.

Following the UCF game the Paladins play host to the Virginia Military Institute in their first Southern Conference game. Wins versus Coastal and VMI would provide exponential boosts to the moral of a Furman team who a year ago was starving for success. Another key point for the first three contests is remaining healthy.

The Paladins do not have the depth to contend with FBS foes at this point early in the season so ‘surviving’ in Blacksburg and Orlando are more than critical. A key injury on either side of the ball would spell bad news for Furman and could cause a repeat of 2014.

You can look forward to more coverage of Furman Paladin athletics this season on the Sports Connecter Online at www.sportsconnecetoronline.com as well as on Dodd Sports Network.

Furman Gets over SoCon Hump with Win Over ETSU